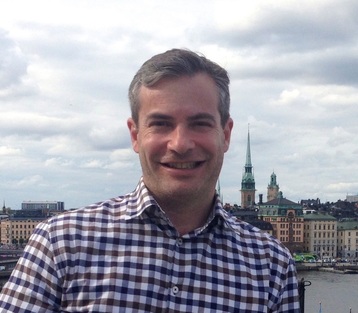 On June 30, 2016, Michael Rothberg became the 1939 Society Samuel Goetz Chair in Holocaust Studies and Professor of English and Comparative Literature at the University of California, Los Angeles.

From 2001-2016 he taught at the University of Illinois at Urbana-Champaign, first as Associate Professor and then as Professor of English. From 2003-2009 he was Director of Illinois's Unit for Criticism and Interpretive Theory; from 2009-2016 he was Founding Director of the Initiative in Holocaust, Genocide, and Memory Studies; and from 2013-2016 he was Head of the Department of English. At Illinois, Rothberg was affiliated with the Unit for Criticism and Interpretive Theory, the Department of French, the Department of Germanic Languages and Literatures, the Programs in Comparative Literature and Jewish Culture and Society, the European Union Center, and the Center for Global Studies.

Rothberg received a B.A. from Swarthmore College with Highest Honors in English and Linguistics and a PhD from the CUNY Graduate Center in Comparative Literature. He also studied at the Center for Film and Literary Criticism in Paris and in the Literature Program at Duke University.

He works in the fields of Holocaust studies, trauma and memory studies, critical theory and cultural studies, postcolonial studies, and contemporary literatures. He is on the Editorial Board of the journals Memory Studies and Studies in American Jewish Literature, and has been a member of the International Academic Advisory Council of the Vienna Wiesenthal Institute for Holocaust Studies (2010-2013) and of the Advisory Group of the AHRC-funded project Translating Freedom (2011-2012). He is a founding member of the Advisory Board of the Memory Studies Association and a partner of the Network in Transnational Memory Studies and Mnemonics: Network for Memory Studies.

Rothberg's academic work has been published in such journals as American Literary History, Contemporary Literature, Critical Inquiry, Cultural Critique, History and Memory, History and Theory, New German Critique, and PMLA, and has been translated into French, German, Hungarian, Polish, and Spanish. He has also published articles on current political issues in the online venue openDemocracy. His essay "Progress, Progression, Procession: William Kentridge and the Narratology of Transitional Justice" won the 2013 Prize for Best Essay in Narrative from the International Society for the Study of Narrative and Honorable Mention for the 2013 IPRH Prize for Faculty Research.

Rothberg's latest book is The Implicated Subject: Beyond Victims and Perpetrators, published by Stanford University Press in August 2019 in their “Cultural Memory in the Present” series. His previous books include Multidirectional Memory: Remembering the Holocaust in the Age of Decolonization (2009), also published in the same Stanford UP series and available in French and Polish translations, and Traumatic Realism: The Demands of Holocaust Representation (2000), published by University of Minnesota Press. Rothberg has co-edited The Holocaust: Theoretical Readings (2003) and Cary Nelson and the Struggle for the University: Poetry, Politics, and the Profession (2009). Four co-edited special issues appeared in 2010-2011: Noeuds de Mémoire: Multidirectional Memory in Postwar French and Francophone Culture (Yale French Studies, co-edited with Debarati Sanyal and Max Silverman); Between Subalternity and Indigeneity: Critical Categories for Postcolonial Studies (Interventions, co-edited with Jodi A. Byrd); States of Welfare (Occasion, co-edited with Lauren M.E. Goodlad and Bruce Robbins); and Transcultural Negotiations of Holocaust Memory (Criticism, co-edited with Stef Craps).

Currently, Rothberg is completing a book for Fordham University Press with Yasemin Yildiz that focuses on the intersections between migration, citizenship, and confrontation with National Socialism and the Holocaust in contemporary Germany. That book derives from a collaborative project funded by the American Council of Learned Societies that also involved Andrés Nader.